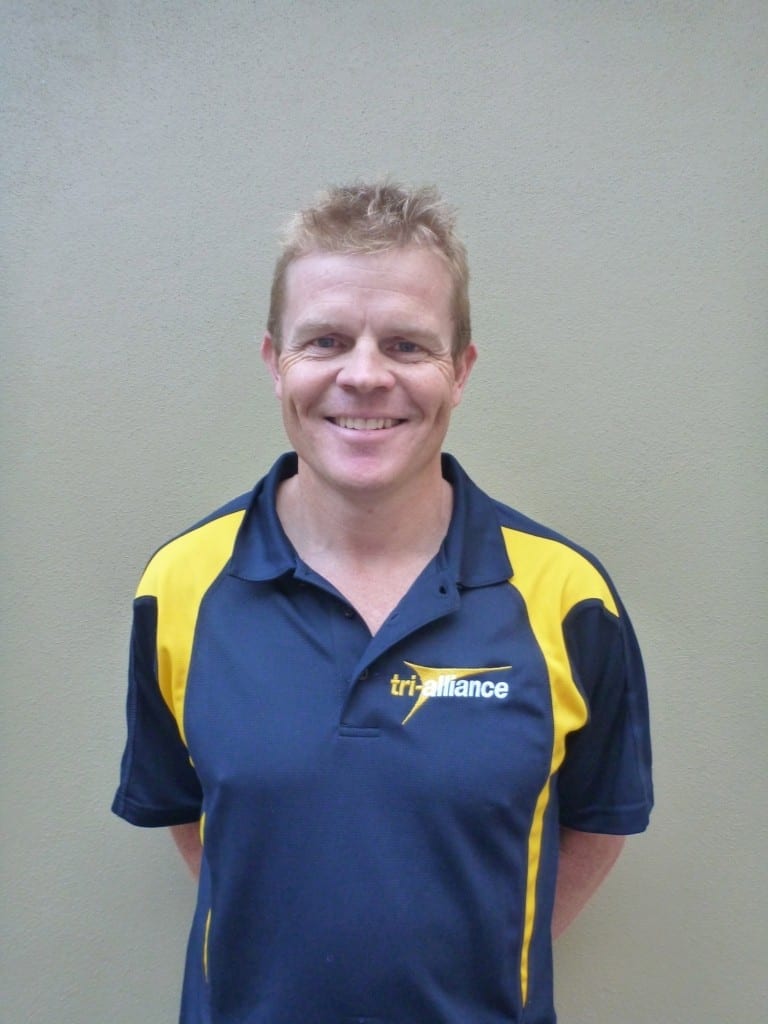 Something I have been pondering of late, is who am I? Not from a nostalgic life changing perspective but who I am as a coach.  What do I stand for and what governs the things I do as a coach? To properly answer that question I think it is important to give a background of how I arrived to this point as head coach of Tri Alliance Queensland.

Growing up like most Australian kids I played a lot of different sports.  My parents allowed my to try my hand at all the main stream sports including cricket, soccer, tennis, AFL and even a bit of golf towards the end of high school.

What this showed me from an early age was that I was never going to be an elite sportsman but I knew that one day I wanted to make a living from sport.  I loved playing sport, watching sport and being part of the great drama that some times sport provides us in life.

It was when I commenced running at around 19 years of age and then dabbled in triathlon on and off I knew I had discovered my passion in endurance sports.  Even back then I knew I wanted to coach, in fact I had more interest in coaching than I did in competing.

Whilst I loved to compete and still do I was always asking questions of my club running coaches and senior athletes, reading coaching articles and playing around with different training philosophies. However the idea of coaching triathlon or running for a living was unheard of back then so it was more of passion and hobby than something to earn a living from.

Knowing that I had to get a real job I joined the Queensland Police Service and for the next 13 years (1990-2002) worked in different parts of the Police Service all over Queensland. One of the highlights of my service was the 4.5 years I spent as a Physical Education Instructor at the Academy.

It was my time as an instructor that provided me with some fantastic experiences to learn from. I began to do some personal training outside of my job at the Academy and continued to compete in all types of endurance events.  I also had my fair share of injuries with 7 different surgeries, 5 major, soft tissue injuries and illnesses which means I know how hard it is to start again from scratch.

In fact my time in the Police Service has proved to be invaluable when it comes to coaching.  The experiences, places and people I met during that time have helped me on so many occasions during my coaching career to this point.  Coaching for the most part is about dealing with people and my time in the Police taught me so much  in that area.

After 13 years in the Police and age 32 I decided to open up my own swim school and move towards coaching as a living.  Ideally I wanted to coach triathlon but to be honest I didn’t really know how that would happen.  I competed in triathlons but wasn’t a member of a squad or club even though I trained with a few different ones just to see what they were like.

Even with the swim school I continued to do some personal training, some run coaching for my running club and the conditioning coach for the AFL umpires after I retired from my time as an AFL Boundary Umpire.

I wasn’t sure what the future held after leaving such a secure job in the Police but to me I was following my dream of one day becoming a full time coach and I saw a swim school as a great stepping stone into triathlon coaching.  The swim school taught me so much about not only swim coaching but also business.

I had been quite successful with the swim school financially. They say you learn more from your failures than your successes and my next experience into business certainly proved that point.  At that point my goal was still to be a triathlon coach with my own squad but I wasn’t sure how that would happen.  Whilst I had the dream, my doubts about my ability were holding me back.

So with the money I made from the sale of my swim school I invested into another business that would allow me to develop my skills and one day have my own squad. Unfortunately the business I invested in was not sound and as a result I lost everything. 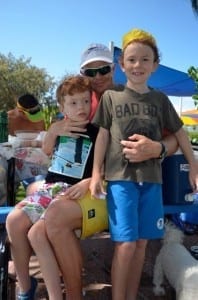 Ultimately I only have myself to blame for not being more diligent before investing but the people I went into business showed that ethics and morals were not words they were used to. So with a young family at age 35 I was starting over and the dream of being a triathlon coach seemed just that, a dream.

It was without doubt one of the worst times in my life.  I was shattered emotionally, physically and I felt ashamed that I could be so stupid.  However after moping around for a few days I just decided to start again. Professionally I had nothing too lose.

I got a job selling radio advertising for 96.5 FM, did more personal training, was offered the head cross country and track and field coach at Brisbane Girls Grammar and started Brisbane Triathlon Squad.  The experience of losing everything finally gave me the courage to start my own triathlon squad and be a triathlon coach.

Prior to that I was too worried about what could go wrong, I didn’t have enough experience or that no one would want to be coached by me because I wasn’t a profile name of some of the other triathlon coaches in Brisbane.

After 2 years Brisbane Triathlon Squad which commenced in 2006, was going well enough for me to resign from 96.5 FM and Brisbane Girls Grammar.  I will always be grateful to both organisations for employing me and giving me a fresh start. They knew my story and were very kind to me and my family.

It was an extremely busy time juggling 3 jobs, working 12-14hrs per day and 6-7 days a week. With a family to support there was not a lot of choice.  There was not alot of my own training or racing but enough to keep me in a routine and occasionally do a sprint race. Again these experiences have served me well in my career as a triathlon coach. 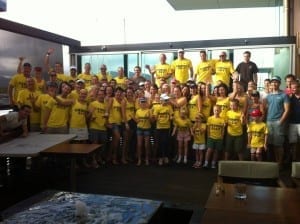 In the last few years we have started Brisbane Run Squad, Gold Coast Triathlon Squad and now merged with Tri Alliance to become Tri Alliance Queensland.  I have had some life changing experiences as a coach, been very fortunate to see people do amazing things and had the pleasure to travel to awesome locations in my role as a coach. 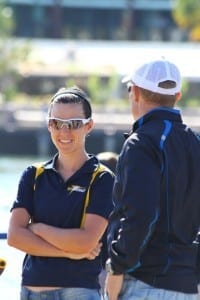 I have been very fortunate to have the support of a great family, coaching staff and the expertise of some key people especially Suz. Without losing everything I may have just lacked the courage to take that final step and follow my dream.

So what has all this taught me and how has it shaped me as a coach?

1. That no matter how bad things become, never give up.  We are capable of so much if you just believe in yourself.

2. Don’t lose faith in people.  Everyone fails at some point along the way, the road to success is a bumpy one.

3. Get out of your comfort zone if you want to truly find out what your limits are.

4. Back your own ability and don’t think you’re less talented than the person next to you.

5. No matter how busy we are we always have time do some training.

7. Don’t procrastinate and say you’ll do it tomorrow. Life is short and anything can happen.

8. Don’t be afraid to ask for help if you need it.

It is amazing how these points relate to not only life but training and racing.  As human beings we are shaped by the events of our life.  How we act, what we believe in and how we spend our time.