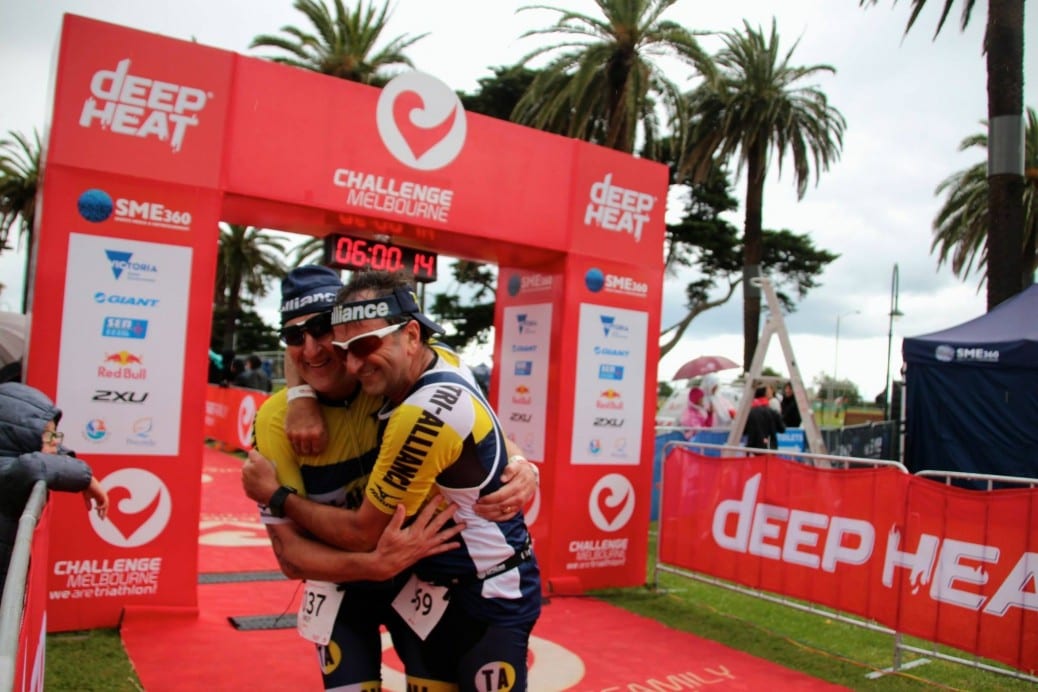 Ambassador Ash gives us his low down on Challenge Melbourne now the dust has settled!

What a weekend the Challenge Melbourne race weekend turned out to be.  We started out the weekend with a small pre race training session, just a “make sure everything is ok” session really.  For me personally everything was not ok.  I rode for about 30 min, tick, all good bike is ship shape.  Just before I was about to run, my old war wound came back to haunt me.  Intense pain in my lower back, definitley no running for me.  I could hardly move, putting on my wetsuit for a short swim was difficult.  What was I to do.  Not racing was out of the question even if I had to walk the run I was not pulling out – I had done too much training not to race.  I knew I would be able to swim and ride so I was in.  However it came time to put up the TAJ, I had to take more of an instruction role rather than the usual muscle.  Apologies to those who took up my slack, that’s what families do right.

Towards midday Melbourne gave us the most perfect weather, so much so that people had to cover up their exposed skin to avoid sunburn.  Packet pickup and a transition walk thru were next on the agenda.  I think secretly Captain Ollie just loved that microphone, we may need to get him one for Christmas.  All good bike racked and ready to rumble.

Overnight Saturday night the expected “Hounds of Hell” were unleashed.  Everybody including spectators were greeted with torrential rain, gale force winds, hail, even a tiny bit of sun throughout the entirety of the race.  Like all good triathletes we were prepared for the worst.  Transition essentials including multiple pairs of dry socks were covered and ready, others however had not learned this lesson yet and were greeted with sopping wet shoes and socks in T1.

The swim was pretty good if a little choppy but not too bad, however was slightly delayed due to the threat of lightning strikes and the sunrise time.  Note to self keep the marker buoys on your right.  Out of the swim into T1 now the fun begins.  The bike leg took us from Catani gardens down to Black rock for a total of Three laps.  Nice tail wind on the way down and a pretty strong head wind on the way back.  For most it was the return journey on the first lap where the gale force wind first appeared, to a point where just hanging on became the order of the day.  Probably the worst wind we have encountered on Beach road, oh well everybody was in the same boat right.

That was fun into T2 dry socks and runners, nothing worse than running in wet shoes and socks.  The run was mostly uneventful, with a little more wind and rain just one foot in front of the other.  I hadn’t really thought about my back problem until now, however it felt pretty good and didn’t need to stop or walk.  Run felt good and I left a little in the tank for a sprint finish with my good friend Mario at the end.

All in all an absolutely awesome day.  Now that we have some time gone by we can gain perspective.  There were complaints before the race about the conditions and some people even pulled out due to this.  Me personally however am so so glad I did this race.  Melbourne pretty threw the worst race conditions at us all day but we survived, and shone.  It was indeed a mental challenge.  Now that we have raced in such conditions we have gain a valuable mental edge over the competition.  Wind on Beach road, we outlasted you, we grabbed you by the throat and beat you down.  As soon as I saw the General’s face I knew he was so proud of each and every one of us and so am I.  To our supporters on race day I thank you, your shouts were very welcome and got us thru what was a tough day. 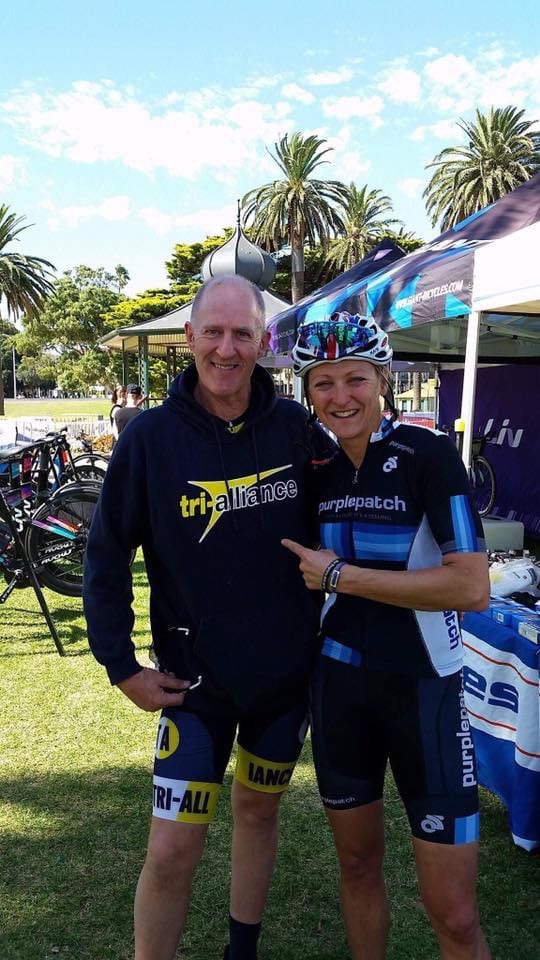