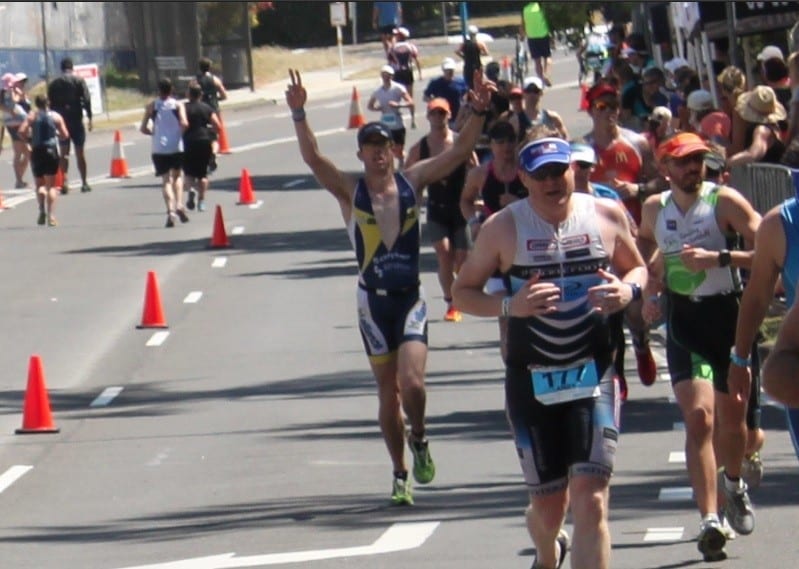 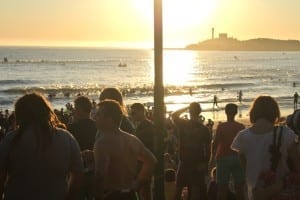 Wow…What an experience!  The Sunshine Coast 70.3 was without doubt one of the most challenging and rewarding experiences of my life. The euphoria of crossing the finish line successfully subdued the pain that had spent the latter half of the half marathon encapsulating my body. What wasn’t subsiding was the realisation that I had exceeded my own expectations of what I hoped to achieve in my 1st half Ironman by plenty. The pain was something I was expecting but the extent of the mental game was particularly surprising as I did battle with my own thoughts throughout the final 10km.  But enough about that for now, I’ll come back to the mental aspect of the event a little later on.

I first need to back track a little and talk about events leading up to my 1st 70.3 event and how I arrived that magical moment as I crossed the finish line.  It was with much trepidation that I engaged Coach Turner in discussions about where to from here.  In triathlon terms I’m talking, not life in general, but I’m sure much of what we discuss in triathlon circles can be applied to our everyday lives.  Anyway, I’m sure that many of you who have been around the sport for a while will understand what I am talking about here.  I remember vividly sitting at a coffee shop in Paradise Point (in lycra of course) having a chat with Kerri Spanner post Mooloolaba (Olympic Distance) about what now.  I had competed in a couple of Olympic Distance events and several Sprint and Super-Sprint events but after experiencing the amazing natural high after competing in my 1st Mooloolaba triathlon I wanted more and a new challenge. Many ideas were thrown around but nothing concrete was established but, as luck would have it, about a week later the Sunshine Coast 70.3 was announced and with that my journey was to begin.  I still had to get past Coach Turner before I could set the plan into action.  It was then, rather surprisingly, that after floating the idea with our illustrious head coach he gave a definitive yes…go figure! The man is a chameleon and just like that real work was to begin…

For those of you read the previous blog you’ll understand the road I have taken to get to this point.  Noosa/70.3 Camp helped provide a metaphorical blue print as to how far I had really come in such a short period of time.  From my first camp experience at Tallebudgera through to Half Ironman camp training, it was not only confidence building but affirming.  Affirming in the sense that consistency of training can make an athlete out of anyone, not matter your ability or sporting background.  That was no more evident than when I arrived at the Noosa RACV resort grounds (which were amazing by the way) on Friday night and was told that I would be negotiating a 5-6 hour brick training session involving all three triathlon disciplines the next morning which, not that long ago, would have been a far-flung fantasy.  As I said, a clear reminder of what can happen in 18 or so months if you want something bad enough.  That is not say that it was a session that was conquered particularly easily – on the contrary in fact.  I discovered that when training with Glesso his definition of the word ‘easy’ is completely different to yours and mine.  I think I need to buy him a new dictionary.

I think what camp did was help remind all of the attendees what our bodies are actually capable of if we take ourselves out of our comfort zone on a much more regular basis.  This was no more evident than on the Sunday morning ride with Mark.  This Sunday ride has become legendary (thanks Chris Bierton for reminding me of this on more than one occasion) and as a result I was not particularly looking forward to the torture test that would undoubtedly lay before me and the rest of group. Needless to say Mark did not disappoint and very quickly (much before he told us we would) Mark had us all spluttering and panting as we headed out into the gorgeous Sunshine Coast hinterland.  I learnt very quickly that effort is rewarded with more efforts – time trials, pace lining, hills, you name it – we did it.  Mark definitely has a particular way of inspiring and bringing out the best in us.  However, this is very much a retrospective point of view and does not seem particularly inspiring during the session as you simply try to negotiate yet another hill repeat in 53-12. This is made especially difficult (mentally demoralising some might call it) as Chris Bailie goes flying past like your standing still.  Alissa Williams and Jason Teren know my pain and can attest to this.  That all being said, I loved every minute of that session (well most of it) and the camp in its entirety.   Camp not only provides a brilliant opportunity to make significant gains in strength and endurance across all three disciplines but also provides a wonderful opportunity to ask questions from coaches and specialists you may not normally get the chance to interact with.  I learnt a lot about nutrition and it was wonderful to listen to a talk presented by Michael Baker about the important role aerodynamics and the correct bike fit play in triathlon.  Camp was a great privilege for me.  It was fantastic to be able to come together with my fellow squad members and share in the training, have a laugh and know that we’re moving forward and progressing as, not only individuals, but also as a squad. Make sure you sign up for the next camp in January – trust me, you won’t regret it.

That brings me back to the Sunshine Coast 70.3 and the idea of mental toughness.  I am left in no doubt that all the training we undertake is designed, not only to prepare us physically, but also to get us through the final stages of any race where the mental factor is playing havoc on your ability to keep going.  It doesn’t matter what event you are participating in, there will come a time where that little voice inside your head will be tell you to stop.  For me that moment came after about

10.5km and 1-lap into the 2-lap run course.  I was having a great day, soaking up the awesome atmosphere of the event and really enjoying the run when my body suddenly decided it didn’t really want to be running the torturous hills of Alexandra Headland anymore.  My race plan was based on pacing and up until the run leg I had it pretty much under control. I went out too fast and paid the price for it by the end of the first lap.

Now at this point I could have caved, thrown in the towel and sulked at the very fact I got my pacing completely wrong in the early stages of the run or I could draw on my training memory and re-focus.  I chose the latter.  There were 3 things I focused on that day that got me through the 2nd– lap.  I reminded myself that all the training I had done at camp, in the pool, in open water, on the roads, through the trails of Main Beach were not in vain and I was mentally capable.  I knew that I had placed myself in the ‘hurt box’ on more than one occasion and was able to keep pushing through.   Point 2 is really just an extension of point 1 and was about creating small achievable goals that would make it much easier to push through the pain barrier.  I simply focused on running 100 metres at a time and rewarding myself with a walk through the aid-stations where I could take on as much nutrition as possible to get me through to the next aid station.  Finally, I just repeated one of my favourite quotes over and over in my head until I really had no choice but to keep going – “Pain is temporary, success lasts forever!”  If I’d quit I wouldn’t have been able to live with myself.

What was also inspiring to each and every athlete competing that day was the on-course support. It makes the race so much more enjoyable and bearable in those times of struggle.  Those all-important cheers, smiles and high fives go a long way as you pass that oasis that we call the Tri-Alliance tent.  I couldn’t work out whether the placement of the tent on top of Alex hill was pure genius or nasty little trick devised for the amusement of the spectators as we all struggled and hauled ourselves up and over the hill; all the while trying to remind ourselves to look strong and run tall as we pass the Tri Alliance contingent. Either way – thank you all so much for making the trip to cheer us on. 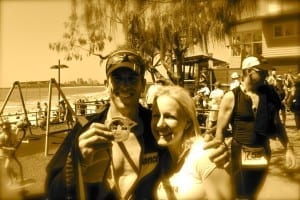 Celebrating success that day with friends was certainly much more enjoyable knowing that I had given everything and was able to successfully conquer my own mental race demons. The best part of my day was celebrating in the successes of my team mates and being part of something bigger than myself.  Swapping stories, talking about the race, and planning for future events with friends is what keeps me coming 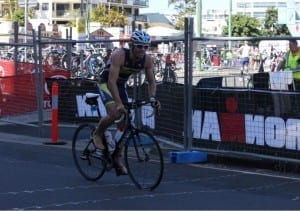 back for more.  What’s more, we had to the opportunity to celebrate coach Dean’s 21st with him too that night. Happy birthday champion!

Finally, a big thank you goes to Mark and Suz for making the whole process possible.  Their organisation of the camp and co-ordinating all of the Sunshine Coast athletes was superb and indicative of the professional club they are running.  Furthermore, it would be remiss of me not to mention Suz and the brilliant job she did in preparing the food for the fuel-starved athletes on camp.  I guess it was either feed the hordes or deal with the wrath and mutiny of athletes suffering the ‘hangries.’ That’s hungry and angry combined for the uninitiated.

Anyway, thanks for reading.  Hope you got something out of it.

In the meantime, I’ll leave you with a quote that is very pertinent to the theme of mental toughness and success spoken about in this blog and one that resonates with me personally. ‘Through the ups and downs or running, I have found new perspective in life.  The suffering and success has made me a stronger, happier person.’ Christine Casady.