Reflecting on a year that was

Home » Reflecting on a year that was 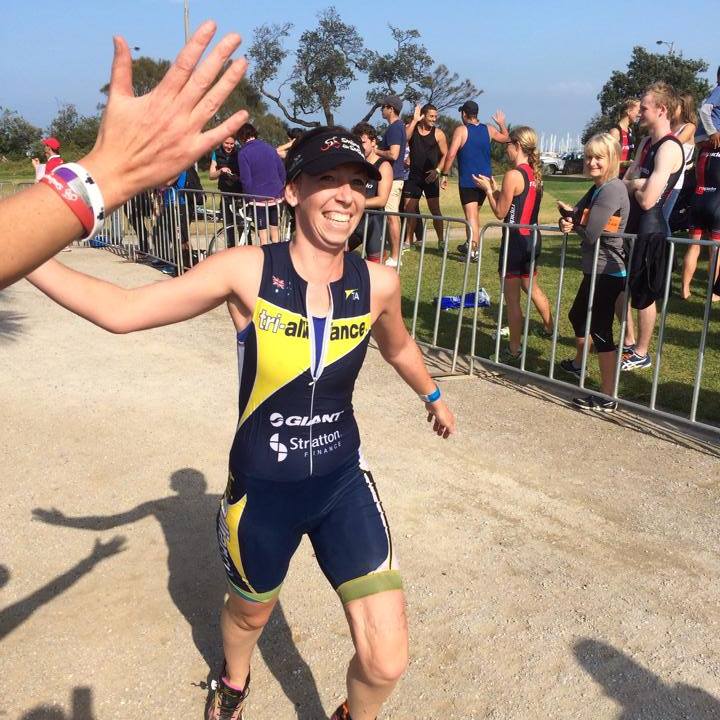 “On that day I decided to let loose, forget the garmin and enjoy the day, it’s the most fun I’ve had in any race!”

As I write this look back on the past triathlon season it is as much for me to gather my thoughts as it is to provide an ambassador update.

My initial feelings are mixed but I also have a voice in the back of my head telling me to stop to smell the roses & think about what has been achieved (come to think of it I’m pretty sure that voice belongs to coach Emma who will be sorely missed next season!!)

This time last year I put together an ambitious set of goals which set me up to be extremely motivated over winter….but also to place a lot of pressure on myself to hit these targets.

My winter season was as solid as it could have been and I saw improvements in all 3 disciplines.  My first A race was the noosa Olympic distance triathlon in November. Going into this race I had a specific time in mind for each leg & my training was suggesting I should be on track. The swim and bike went well but when I got to the run, it was 30 degrees, I had dead legs and I struggled around the course. It was then I decided I would postpone my aspirations for the world champs as I hadn’t come near the time I wanted to do. (I would only go to the worlds if I think I can finish mid field which is tough to do) I might just mention now that the team spirit and most especially the party afterwards makes noosa extremely worthwhile!!!

Onto the Gatorad races and this was where I would really get a measure of my progress. The first race, directly compared with the same race last year produced a 7 min PB and I was launched from the bottom 5 to just outside the top 20. This might not seem like a big deal to a lot of people, but when I raced the year previous I was happy to not finish last! I don’t have a fitness background (unless you count irish dancing!!!) so I’ve started from scratch and to be considered mid field in a group of extremely fit people is massive!

Next came my break in Ireland and I’ve written about the effects this had on my training. It was difficult to get my fitness back but I did eventually and although I found it hard to pull out good performances in all 3 legs in one race, there were a few more PBs along the way.

As I crossed the line on my final race of the season, it was with a massive smile. On that day I decided to let loose, forget the garmin and enjoy the day, it’s the most fun I’ve had in any race. That is something I’m going to try to take with me into next season.

So here’s some things I learned this year:

In 3 weeks I start the build into my first half ironman. I’m excited and apprehensive but most of all I’m confident it will help me produce a massive winter and for new athletes wondering what’s next, winter training should not be underestimated. It was in these months I made my biggest gains.

For now I’m enjoying a break from training but looking forward to seeing everyone again when the new Season begins. (Not to mention at the party of the yr, the End of Season Presentation Night!).  One thing I always manage to excel in……T3!!!!

Until next time….
Anne-Marie