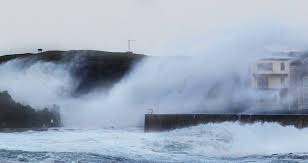 As 2013 wound up, I completed my third race of the season and a timed 10km fun run. I saw some great improvements in my sprint race which was easy to compare to the same race last year, especially in the bike leg which is now getting closer to overtaking the swim as my strongest leg.

The 10km run (Sussans Women’s Fun Run which Tri Alliance support each year) was scheduled as my last push before what I knew was going to be the biggest obstacle to my season – a month in Ireland….during party season! I have been chasing a 55min 10k for quite a while so was delighted to clock a 54:17 on what was a warm & windy day.

And so began the month in Ireland. Before I left I consulted with my coaches and even made out an ambitious training plan which included about 5 sessions per week….this was not to be!

In the end I completed 2 runs per week and 2 swims in the whole month.  I did feel like a bit of a lunatic at times as I seemed to be the only one out running in the cold but I loved the local aspect! I’ve lost count of the amount of people I later met in the local shop/pub who told me they saw me out running and the cars that beeped to say hello as they passed! The scenery along the way was quite a change too as I ran through not one but two castles on my 8km loop.

The stormiest weather in 20 years began on the day I arrived & finished the Friday before I flew – that also made it interesting.

I was disappointed in myself for not completing more sessions but I realized that lack of routine makes it very hard to motivate yourself and that I’m the type of person that really benefits from having a squad to train with. Having not been home in 2 years though, spending time with family and friends was more important so I let go and decided to instead do some damage control when I got back!

Right now I’m quite frustrated because I feel like I’ve lost a lot of fitness and it feels like I have a mountain to climb to even get back to where I was, never mind make improvements on my times but fingers crossed I’ll get there before my A race in March.

I’ve decided this week will be about ticking off sessions and I have thrown myself back into it. Next week I’ll start to build on that and take it from there.

Another thing that has given me some extra motivation is that I signed up for my first Half Ironman Distance race – Challenge Gold Coast. This has been part of the plan since I discussed the idea with my coaches, to push myself to do the longer distance – in order to improve my Olympic distance time (and also to fulfill what will hopefully be a great achievement).

The course is difficult with part of the bike course being described as ‘the beast’. I’m already planning many Saturdays riding in the hills during winter. The race is in August which is very early in the season, giving me enough time for a little break before the short course season begins. I’ve never ran a half marathon so that will be the first challenge and I look forward to tackling it! But that’s next season….

The next few weeks will be spent trying to get some speed back before I tackle another race in February – probably sprint. Victor Harbour Olympic distance is on the 9th of March, my last chance at posting a good time for that distance this season. Fingers crossed!