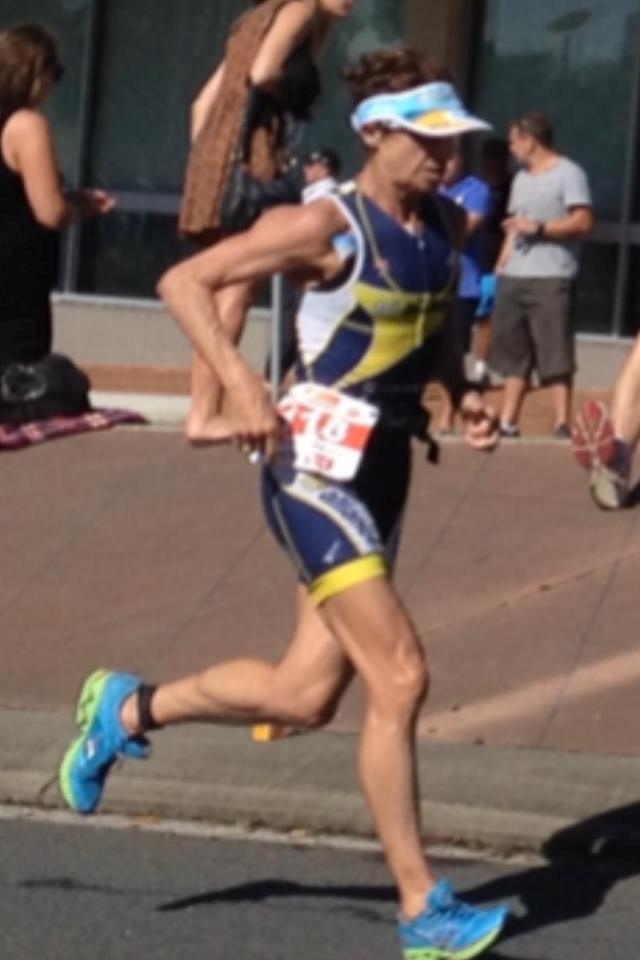 MY JOURNEY SO FAR

Hello everyone, for those that are new to Tri Alliance Queensland my name is Jan Avery –Spoor, also known by most squad members as Janno, Janny  and one of two Tri Alliance Ambassadors’ for the 2013 – 2014 season. I think it only fitting that I tell you a little about myself and my incredible triathlon journey to date.

I began my triathlon journey 10 years ago after trying out a six week beginners course run by a local triathlete. This was a fun few weeks and I figured it couldn’t be that hard. Well I guess most of us said the same thing. Equipped with my trusty mountain bike, togs and runners, I was ready to go! Sound familiar? Six weeks later and feeling pretty confident, I decided to enter my first Enticer race at Robina; a 200 swim, 7km ride and a 2km run. The outcome? I got absolutely smashed in the swim and the bike and made up a little on the run. And that was the beginning of the triathlon road of no return!  It was one of the most daunting yet exciting races I had ever done, it could only get better.

Racing has not always gone to plan and after a few Enticers, I decided to enter Noosa. Now that was one of the most challenging first Olympic distance races I had ever done. As you all know we have our great races and our not so great races, well this was not a great race for me. The greatest learning that I took from this race is to always expect the unexpected. I was completely shocked by the difficulty of this race, not only was the swim like a washing machine, but running through transition with my bike both my shoes came off. With an official  holding my bike, people yelling at me to get out the way and finally finding my shoes, I was ready go the next leg, well so I thought until I glanced down at my computer and realized that it was not working. Another hurdle to overcome! I decided that the only thing to do was to go as hard as I could. By the time I was ready to attempt the 10km run, my legs refused to do the work! The run leg felt more like a marathon than a 10km and by the end I was absolutely shattered, but not entirely broken. All I can say is that I took away some fantastic learning’s from this race, and nothing more important than to never give up and to remember that there is always another race.

Over time, my racing did improve and after two years I was competing at the world championships in Germany. Noosa taught me to never go into a race unprepared, to know your bike gear and to check and re-check before the race. Over the last few years I have been to world championships and have made the podium at Nationals, and one important rule to remember is that every race, every course and race conditions are different and most of the time your race time will reflect this also.

In March 2012, after Mooloolaba I decided it was time for a change. With Auckland New Zealand being the world championship venue I needed a new coach and club to get me motivated and in top form to race. I found myself in a very tricky position of having no club or coach. Not an ideal situation to be in so close to a major event. It was time for me to move on and explore all the options out there. I contacted a few clubs, including Tri Alliance. I spoke to Mark to have chat about trying out a few sessions and in doing so, was nothing short of amazed at how welcoming the coaches and the other squad members were. The support I received during those long winter months was outstanding, and made it so much easier having another 20+ squad members to train with. Even with the new name and affiliation of Tri Alliance Australia the enthusiasm and great coaching has gone from strength to strength and I am excited about being part of the future of the Squad.

Mark, Suz and the rest of the coaches have made me want to train harder than ever before, and I have to say that I am enjoying training and racing more than ever. No matter what level of triathlon you are training or racing for, Tri Alliance will help you every step of the way. The start of the Tri season is almost upon us and most of us are getting out of bed earlier and getting into the training routine with our first race just around the corner. If I can offer up any words of advice to anyone training or racing in triathlon, this are what I live by: Listen to your body, listen to your coaches and remember that there is always another race. But most importantly, remember to have fun – after all, isn’t that why we started out in the first place?

I would like to wish everyone good luck for the 2013-14 season and I look forward to training, racing and supporting my fellow Tri alliance buddies throughout this season and beyond. Finally thank you to all Tri alliance sponsors for their on going support.