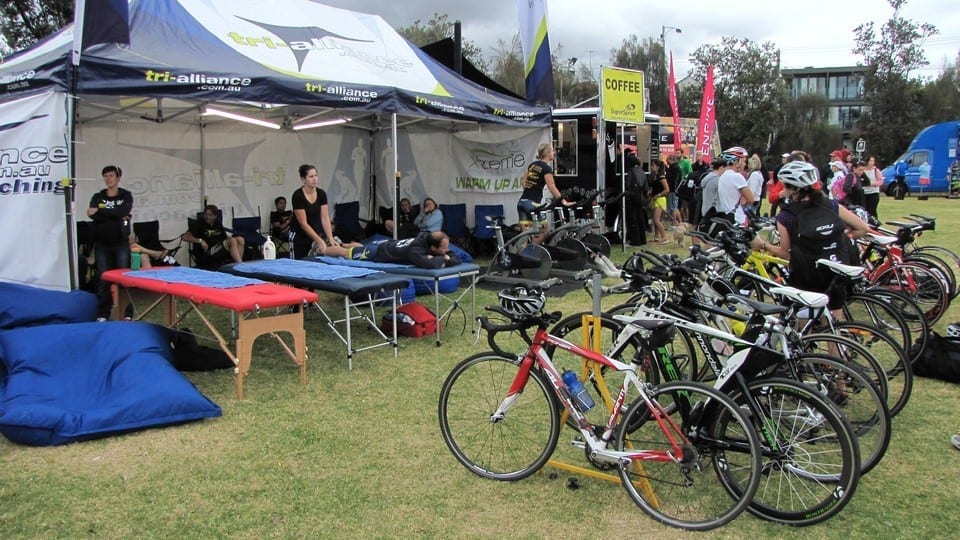 You know it’s going to be a good day when you wake up before dawn and you can’t hear rain on the roof, or wind blowing at your window. So thanks to Melbourne for putting on a great day for Race 3 of the Gatorade Series at Elwood. Sunday saw us re-trace our steps at Elwood in an attempt to better ourselves and clock up a PB or work on weaknesses as we hit the half way point of the Gatorade/Active Feet Series. This race also doubled as the first race of the Gatorade Triathlon Triple Crown. We had our biggest showing of Short Course Athletes racing, and a few of our Geelong Long Course athletes having a hit out also to sharpen up before their race in a few weeks. Well done to everyone who raced, those who came along and supported and helped out marshaling – it is always very much appreciated!

The movers and shakers!

With Race 3 the same course/venue as race 2 it allowed athletes to test themselves against their previous times and we had some massive improvements from athletes. Granted the weather was kinder this race, but no-less we had some big improvements. Big PB’s from last week include:

CLICK HERE to check out our full team results. And remember – if you are not in our results then you do not have Tri Alliance as your squad name in your SuperSprint Profile – make sure you login and add this to your profile. Full results from the race can be found HERE.