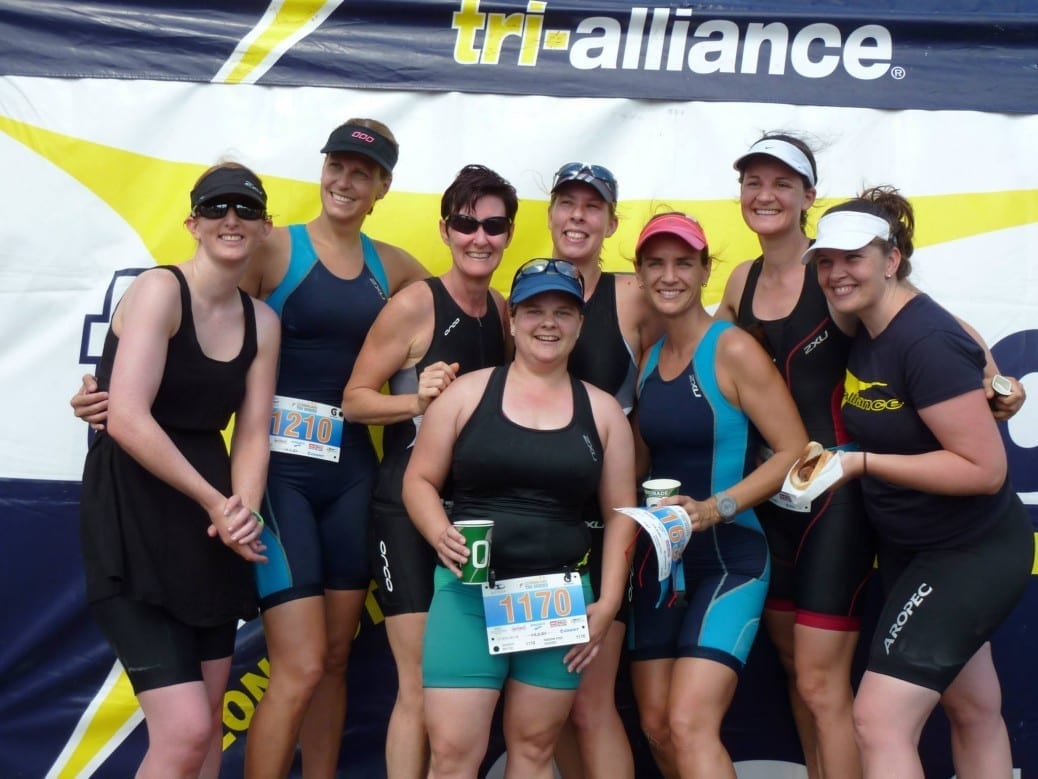 The 14th of January 2014, was a fairly unremarkable day for most people perhaps unless it was the day you started the Tri Alliance beginners course. As a groups of 15 strangers nervously avoided the snooze button and marshalled at Shoes, Feet, Gear in Paddington. 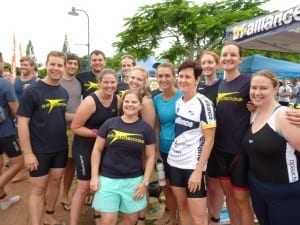 We had all come with our own reason for being there, for me it was that for the last 10+ years I had been saying “I am going to do a triathlon” and while I had completed fun runs and half marathons, with every passing year I watched people’s faces change from “that’s awesome” to “I think I have heard this before”. Others had done a triathlon before and wanted to go further or to improve, others had goals of setting a new physical challenge or meeting new friends. Regardless of what had brought us there that morning, there was one thing we had in common we were now all working towards our graduating triathlon, Race 7 of the Gatorade Queensland Triathlon Series at Raby Bay on the 23rd of February.

We were told that morning by coaches Ray and Jan that the end of the course we would be mates, you could see people start to scan the group and shuffle around slightly, feeling almost uncomfortable at the thought.

As the weeks went on we learned valuable lessons. We learned where we sat in the pack and who was the strongest at each of the disciplines. We learned bike skills that made us more confident riders. We learned running skills to make us strong runners. We learned that there can be waves at Suttons Beach and for those who braved the swim sessions we learned to love the black line. Perhaps more valuable than any of those lessons we learnt about compassion, about never giving up and how to support each other. We laughed, we cried and we nervously prepared for main event. 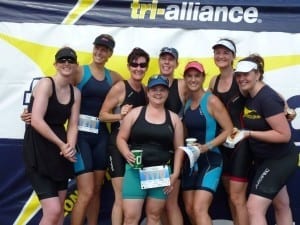 On the 23rd of February, 13 of those 15 beginners lined up and did their thing. All at our own pace all with our own goals but this time we had so much more in common than a race, we were no longer strangers but a team.  We cheered, high fived and raced our hearts out. Putting together everything that the Tri Alliance coaches had taught us, and we were ready to take on the world. We set up our transition stations with precision, we were prepared for the full body contact swim, mastered the flying mount and ran strong.

As I left that day I knew I had made friends in the preceding 6 weeks that will be a part of my life and my training for a very long time. I had finally completed that life event that I had been chasing, my first triathlon and deep down I knew that it won’t be my last. I had fallen in love with this sport, not only from the physical challenge side but from being involved with a sport that attracts friendly, passionate people, who just like the beginners are compassionate and supportive.

In summary for me the 14th of January was a remarkable day! The beginner’s course had reminded me of a few of the simple thinks in life, these are.

1. Try new things
2. Challenge yourself
3. Good friends can be made in an instant by six weeks there can be so many shared experiences
4. You can be pushed backward/ sideways on a bike
5. Someone else’s sweat falling on you is a good coolant
7. When Jan or Ray say run.. RUN.
8. Believe in yourself.